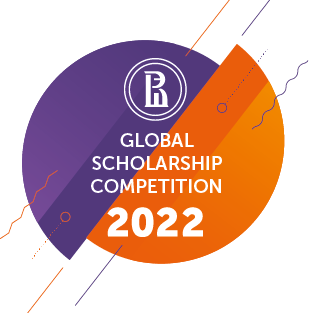 Participants of the Competition in Media Communications will have to write an essay on one of the suggested topics. These topics are related to various media aspects, and each participant will be able to choose the most familiar aspect. However, the requirements for the texts are the same. Participants will have to show their knowledge in the chosen field, the ability to use facts as arguments, the ability to build logical and structured texts, as well as a good command of English.

Those who will choose their career in media, one of the most rapidly growing industries, may end up not only in traditional media (newspapers, magazines, TV, radio, news agencies and news websites), but also in the world of modern digital media, which include public pages in social media, YouTube projects, online courses, TV series streamed on various platforms, as well as modern creative and cultural industries.

Participants, who succeed in the first stage, are invited for the interview.

Competition Framework in a Specific Field of Study (GSC 2021)

Online test (to be completed within 24 hours)

The Competition event in Media Communications shall be held online as per the following schedule:

I. Terms and conditions of participation in the online competition on January 27, 2021:

The competition task and the Instruction will be posted on the subject page of the HSE Global Scholarship Competition website. It will be available on the day of the online competition, according to the start date and time (Moscow time) posted in the Schedule, five minutes before the competition starts.

II. On February 18 and 19, 2021 participants who have been selected for Round 2 shall be invited to take part in an interview. (Information will be posted additionally.)